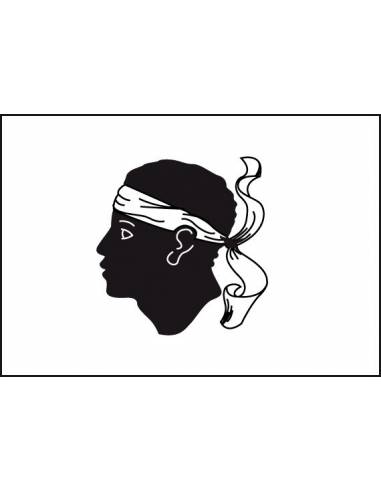 The flag of corsica is composed of a black head in profile, on a white background looking to the left, with a white headband on the forehead. This is what the call a head of a Moor.

C"is the Middle Ages that appear the first" Moor's Head ", but with the blindfold on the eyes.

Later, the banner was placed on the forehead instead of covering his eyes to symbolize the liberation of the corsican people.

Trustpilot
Tap to zoom
You need to login or create account