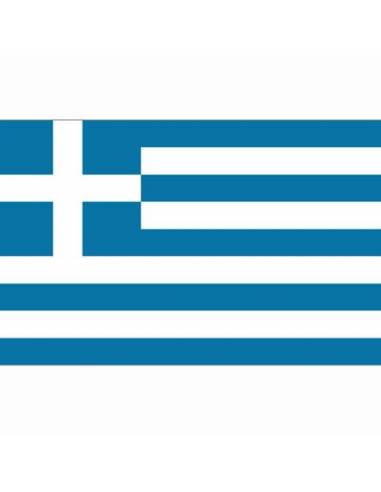 The current flag of Greece consists of nine blue and white stripes, with a blue square with a white cross in the canton.

It has been adopted for the first time during the national Assembly of Epidaurus, and fixed by decree in march 1822 : the land forces consisted of a white cross on a blue background, the navy military being similar to the present flag.