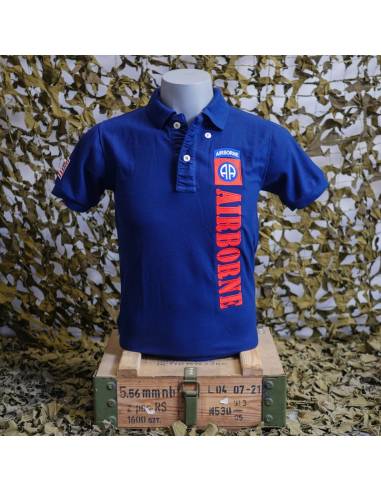 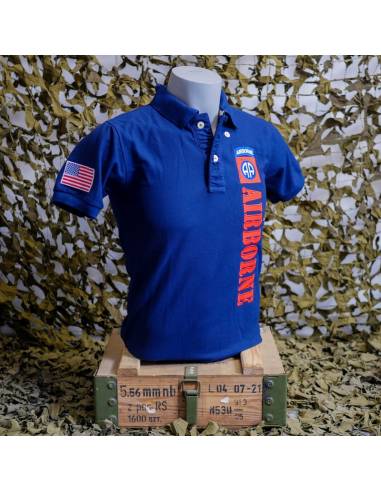 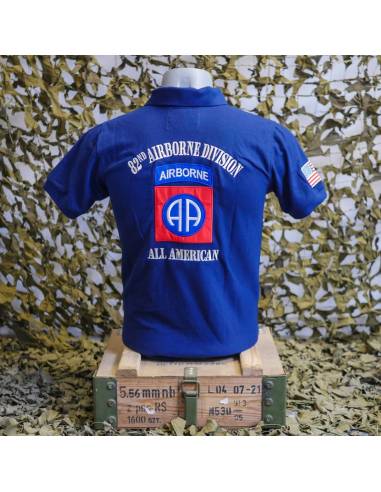 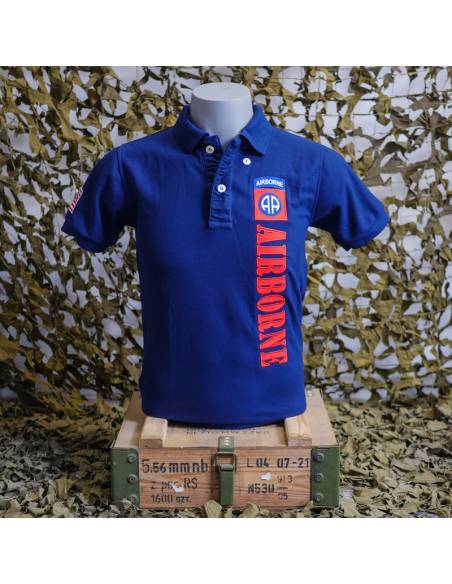 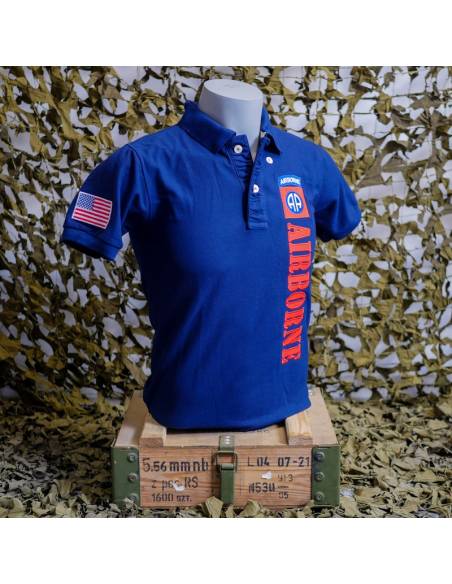 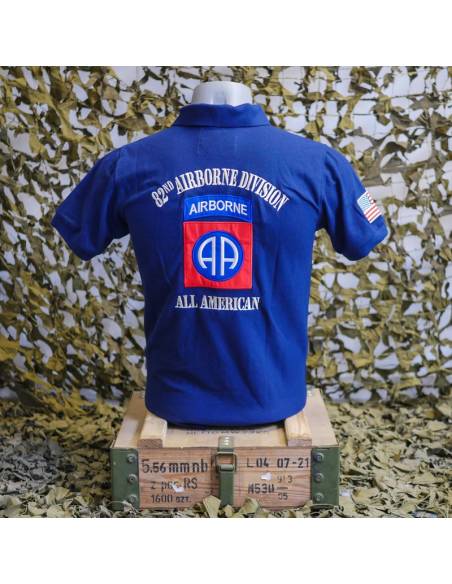 This professional military polo shirt is a model of comfort and resistance. This paratrooper polo shirt is a must for professionals on missions. It will also be perfect for individuals passionate about militaria. The finishes of this military garment are exceptional, the seams are solid and the embroideries are made with care. This polo shirt is made of 70% cotton and 30% polyester, and has an anti-perspiration band at the neck. On the chest is the 82nd Airborn insignia, which represents the letters "AA", for "All American", in white letters, in a blue circle, all in a red square. This insignia is surmounted by the inscription "Airborn", in white on a blue background, which is also present vertically under this insignia, in red capital letters. On the back is the initials "AA", accompanied by the inscriptions "82nd Airborn Division" and "All American".

The 82nd Airborn Division : a bit of history

The 82nd Airborne Division is an active airborne infantry division of the U.S. Army. Based at Fort Bragg, North Carolina, the 82nd Division was incorporated into the National Army on August 5, 1917, and was organized on August 25, 1917, at Camp Gordon, Georgia. As its first members came from the 48 states, the unit acquired the nickname "All American", a mention found on its famous "AA" shoulder patch. This division was sent to France during the First World War and participated in no less than three major offensives. On August 15, 1942, the U.S. Army transformed the 82nd Infantry into the 82nd Airborne. On July 9, 1943, it was the first airborne offensive in the military history of the United States of America, Operation Husky. This operation in Sicily was a military success. The 82nd Airborn then took part in many operations during the Second World War, of which D-Day, the landing in Normandy. On May 8, 1945, the war ended in Europe. The 82nd Airborne Division had spent 442 days in combat.