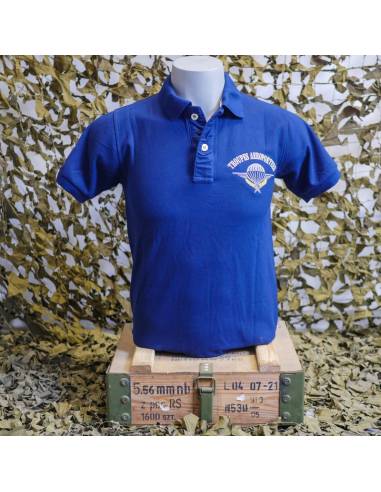 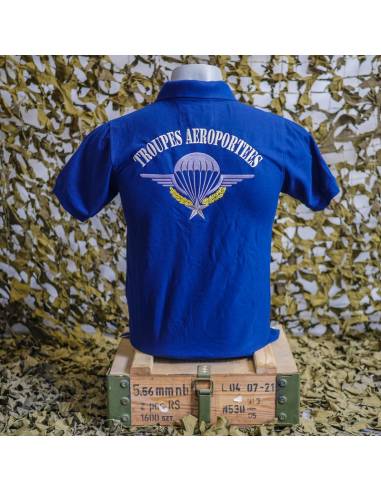 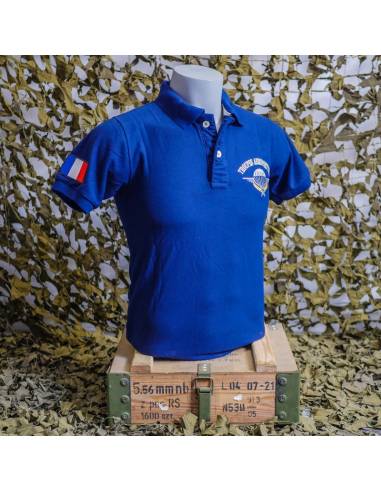 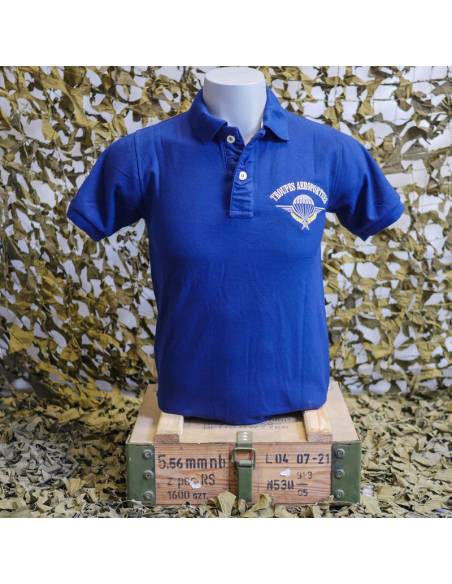 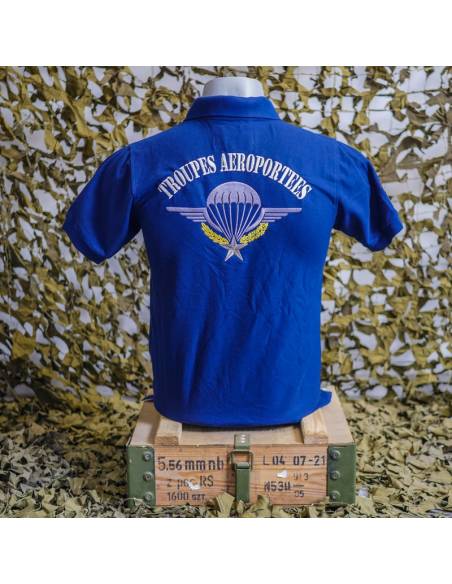 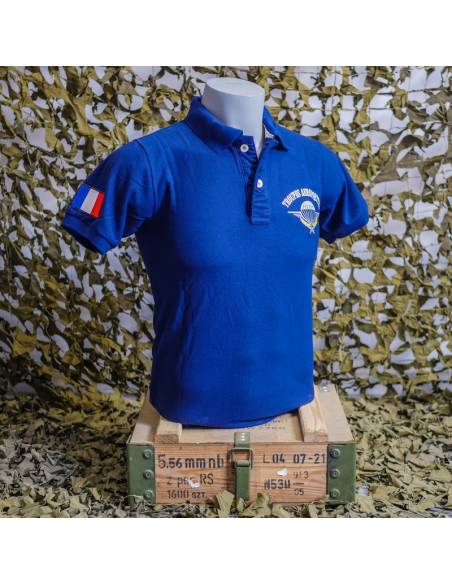 The paratrooper polo shirt: a polo shirt with exceptional finishes

The paratrooper polo shirt is a professional, personalized and comfortable military polo shirt. With its straight cut, two-button collar, and short sleeves, this embroidered polo shirt is a must have in military equipment. Made with 70% cotton and 30% polyester, this military dress top is in royal blue color. This military garment is embroidered on the back and chest with the badge of the military parachuting patent. This crest represents a silver star, topped with two branches of oak and laurel, a pair of wings and a parachute. The French flag is also present on the right sleeve.

The first skydiving jump in history was made by a Frenchman. André Jacques Garnerin jumps from a hydrogen balloon over Paris on October 22, 1797. However, it was the Russians who were the first to create a unit of parachute soldiers in the 1930s. In France, it was not until 1936 that the first two French parachute units were created. The air infantry units will take their rise during the Second World War, including the landing and the Battle of Normandy. At the end of the war, paratroopers were mobilized again during the conflicts in Indochina, Algeria, Zaire, Central Africa, Lebanon, the Gulf War and the Balkan War. The Patron Saint of the paras is the Archangel Saint Michael, and their rallying cry says: "And by Saint Michael, Long live the paras!". The crest of the airborne troops is described as follows: "To the parachute deployed of gold holding by eight lines a star brocaded on a background, supported by two branches of laurel to the sinister and oak of silver to the dexter".