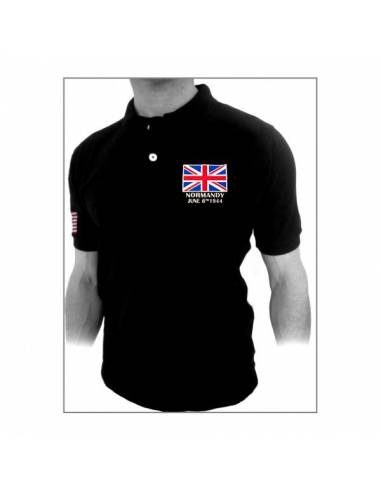 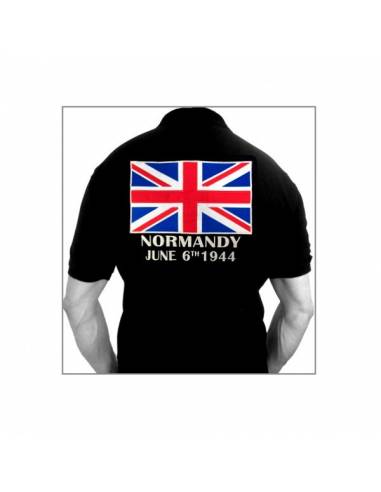 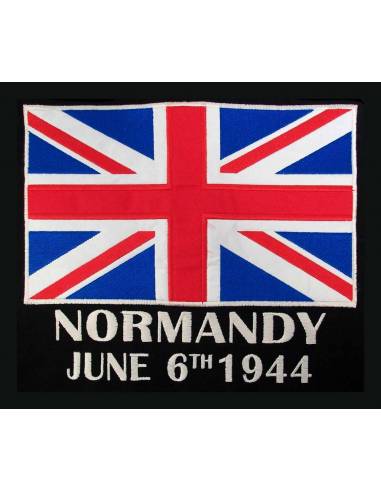 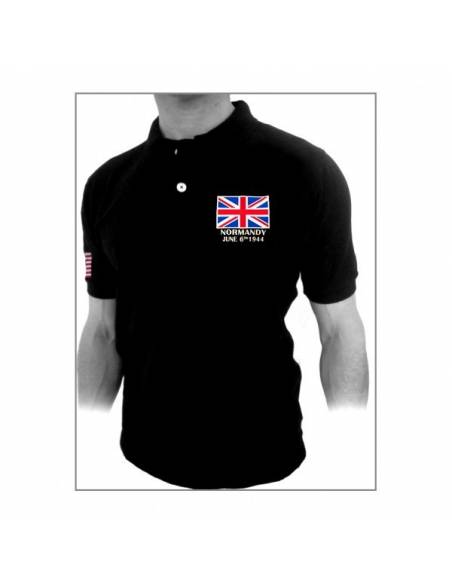 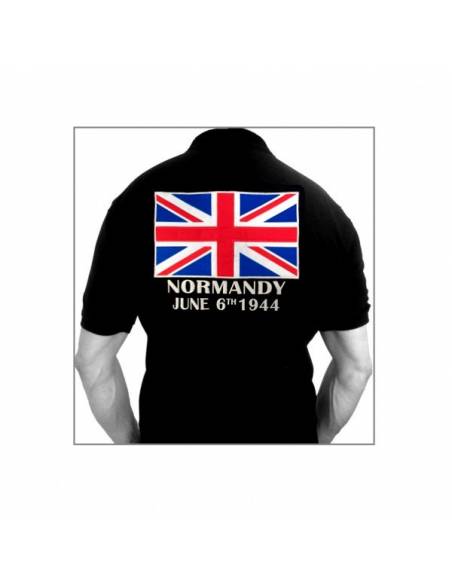 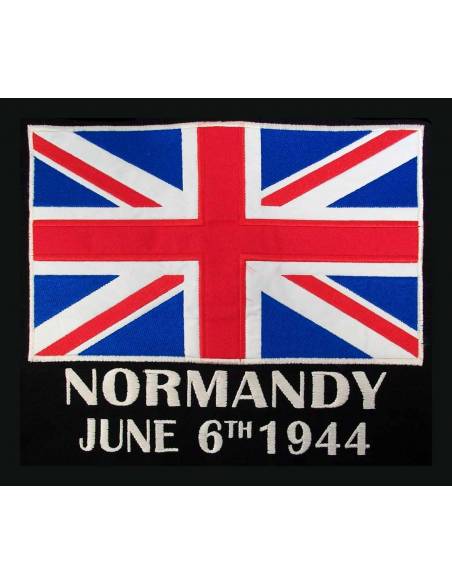 This black paratrooper polo shirt is strong and comfortable. Made with 70% cotton and 30% polyester, this military polo has a two-button neckline and an anti-perspiration neck band for comfort. The high quality embroidery of this professional polo shirt commemorates the English landing in Normandy on June 6, 1944. A crest of the Union Flag, the British flag, is present on the chest as well as on the back, along with the words "Normandy June 6th 1944".

The D-Day: the allied landing on the Normandy coasts

The D-Day, D-Day, is the day the Allies landed in Normandy on June 6, 1944. The Allied armada consisted of no less than 130,000 men, mostly from the United States, Great Britain and Canada. These soldiers were spread over 4,266 transport ships and 722 warships, and were supported by more than 10,000 combat aircraft. Numerous preparatory bombardments preceded the landing of the men and combat vehicles. On the morning of June 6, the British soldiers landed on Gold Beach and Sword Beach. It is a landing of men and equipment that will last several weeks, and which is intended for the reconquest of territories fallen into Nazi hands. Code name "Operation Neptune", this gigantic amphibious and airborne operation is a military success. The date of June 6, 1944, also designates the beginning of the battle of Normandy, which will end only on August 22, 1944.