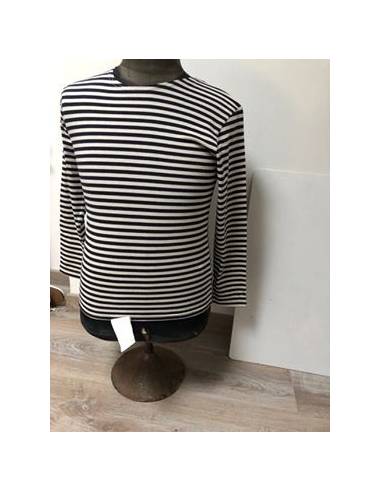 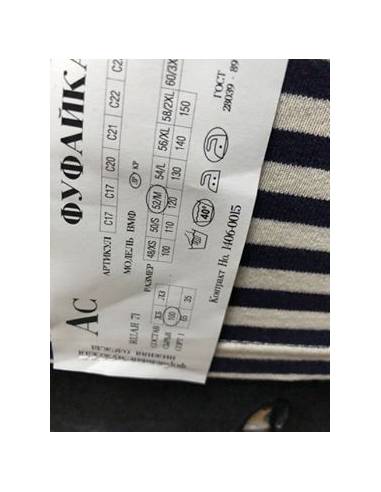 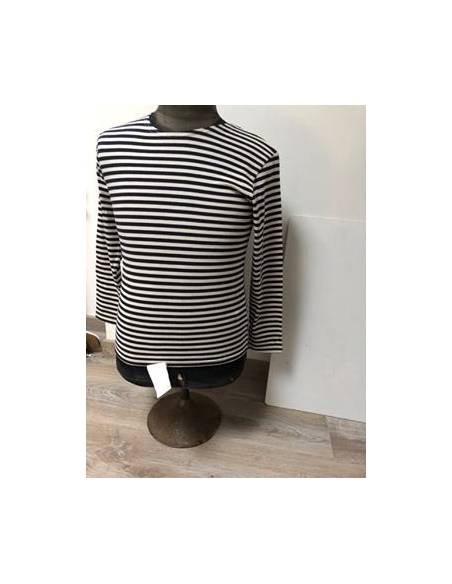 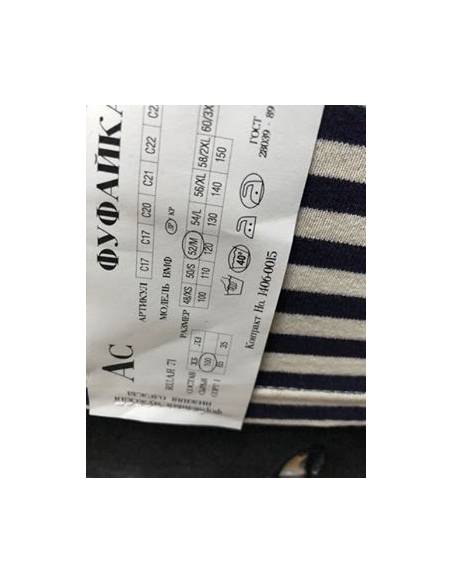 Long-sleeved long-sleeved 100% cotton. Horizontal striped jersey with round collar, made of cotton and polyester. Russian Special Forces sailor's mane. Emblematic Telnyashka of the Russian army. Available in blue and white stripes and black and white stripes.

By buying this product you can collect up to 1 loyalty point. Your cart will total 1 point that can be converted into a voucher of 0.25.

The Russian sailboat, also called Telnyashka, is an indispensable classic. Designed with 100% cotton, this striped jersey will keep you warm and comfortable. With its long sleeves and round collar, this authentic Russian Special Forces jersey is sturdy and comfortable. The pattern of this sailor jersey consists of narrow two-tone horizontal stripes. The stripes are available in two versions: blue and white or black and white.

The marinière: a long tradition

Originally, the "sailor's slip" refers to the underwear worn by sailors. The stripes are designed to help locate men who fell at sea. This blue and white striped garment was adopted more particularly by Breton sailors, who made it their distinctive sign. The Russian Navy was the first marine corps to adopt the sailor's dress as an outfit for its soldiers during the 19th century. Also known as Telnyashka, the Russian sailor's uniform can have several colors of stripes: black and white or blue and white, it can be with or without sleeves. The seaman's jacket is worn not only by the Russian Navy, but also by infantry and airborne troops. This sailor symbol in non-Navy regiments has its origin in the fact that many soldiers, having served in the Navy, refused to leave their telnyashka when they were posted to other units. Considering the sailor girl as their emblem, and too proud to wear it, these soldiers therefore continue to wear the sailor girl, like the soldier Vasily Zaitsev, the figurehead of this movement. The sailor's mascot was then adopted by a good number of marines, particularly in France and Great Britain. Although of military origin, the seaman's mackintosh has long been part of the civilian wardrobe. Coco Chanel the fate of the military checkroom at the end of the Second World War. Many personalities, such as Pablo Picasso, Brigitte Bardot or Jean-Paul Gaultier, then contributed to transform the sailor dresser into a fashion icon.

Features of the Russian seaman's boat 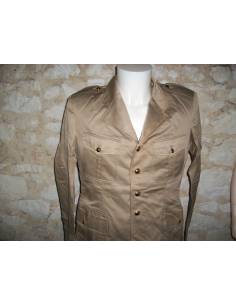 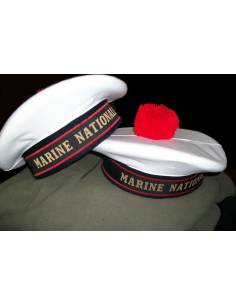 Bachi of the French Navy

Trustpilot
20.75
The bonnet of marine mistakenly called "beret marine", or bachi in slang French maritime, is the head covering of the sailors and boatsmen. In the French navy, it is topped with a houpette-red commonly called pom-pom. It is crossed from right to left by a lace of white cotton called chin chin.
Tap to zoom