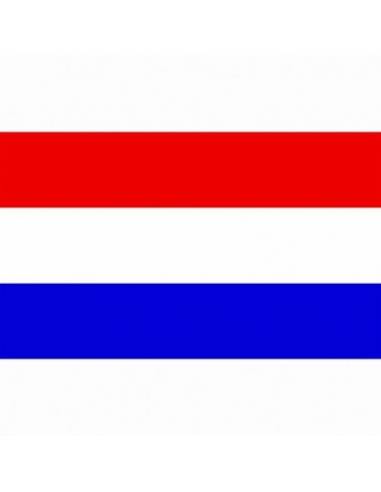 The Dutch flag is a tricolor flag composed of 3 horizontal stripes of colors red, white and blue.

William I of Orange-Nassau, is known for having been the initiator and the leader of the revolt of the Spanish netherlands against the Spanish king, Philip II, gave the colours of the flag of the seven United Provinces (orange, white, and blue) to the north of the netherlands.