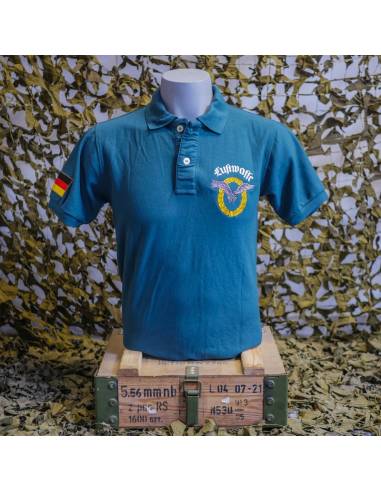 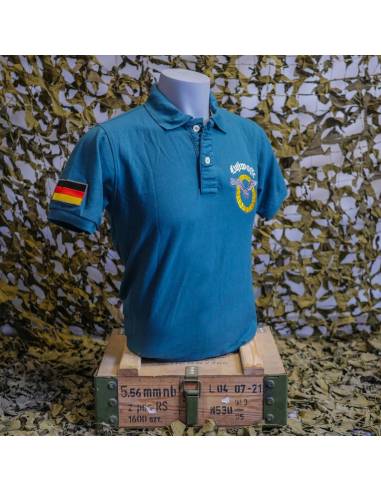 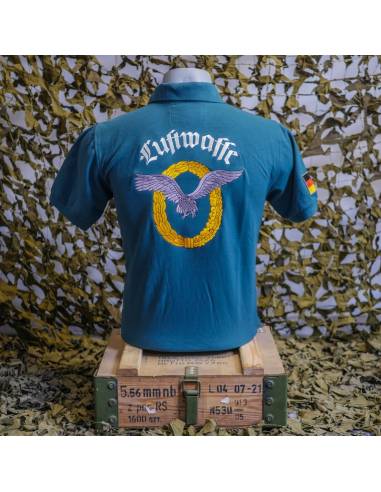 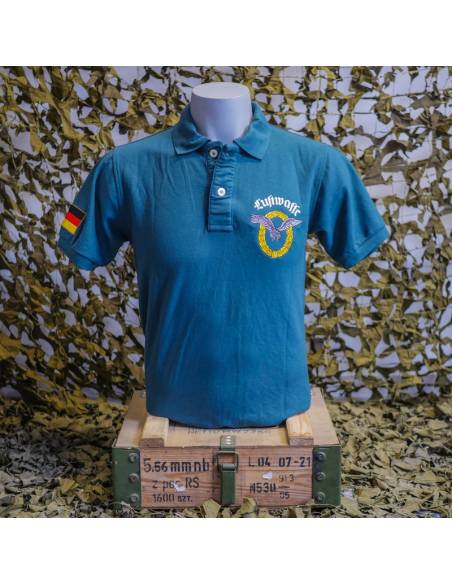 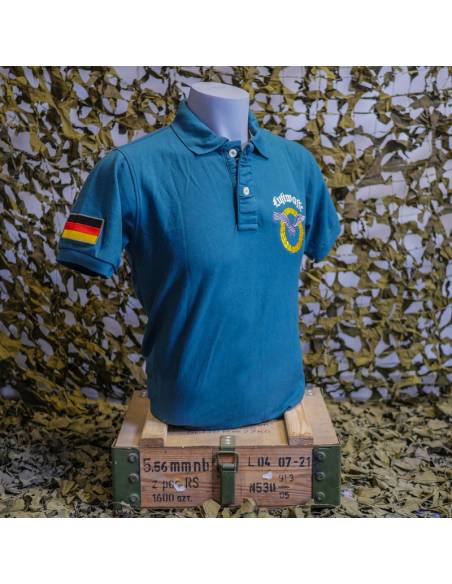 The paratrooper polo shirt is a quality military garment, comfortable and personalized. It is a short sleeved military dress top with a two-button neckline. It is made of 70% cotton and 30% polyester, and has an anti-perspiration comfort band at the neckline. This blue military polo shirt is embroidered with the Luftwaffe crest on the chest and back and the German flag on the sleeve. The Luftwaffe insignia represents a silver eagle with outstretched wings, surrounded by a gold crown of laurel and oak leaves.

The Luftwaffe: a bit of history

The Luftwaffe, which in German means "air arm", is a component of the German armed forces. The Luftwaffe was officially created in 1935, but military aviation had existed in the shadows in Germany since the end of World War I, and despite the Treaty of Versailles, which had prohibited Germany from owning warplanes. At the beginning of World War II, the Luftwaffe was arguably the best air force in the world, with tactics such as blitzkrieg. Its commander was Hermann Göring, and more than three million men served in air force, air defense and paratroopers units from 1939 to 1945. This incarnation of the German Air Force was disbanded by the victorious Allied powers in 1946. The service was reconstituted in 1956 as an integral part of the NATO defense network in Central Europe. Equipped mainly with American aircraft, West German pilots also receive flight training in the United States. Following the reunification of Germany in 1990, and the disappearance of Cold War threats, the modern German Air Force focuses mainly on its role within the defense structures of NATO and the European Union.