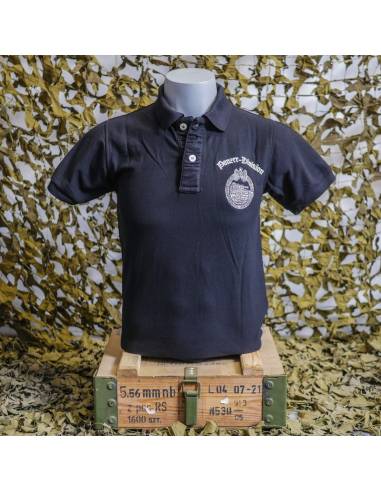 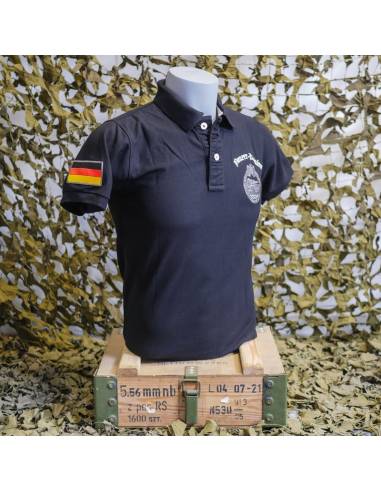 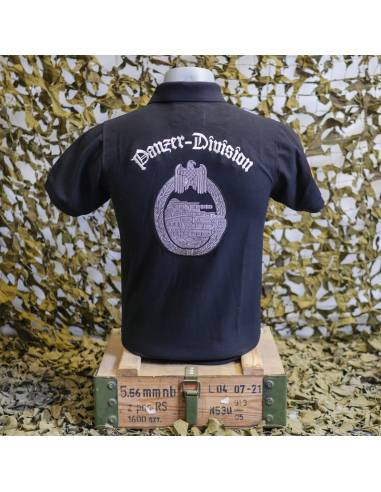 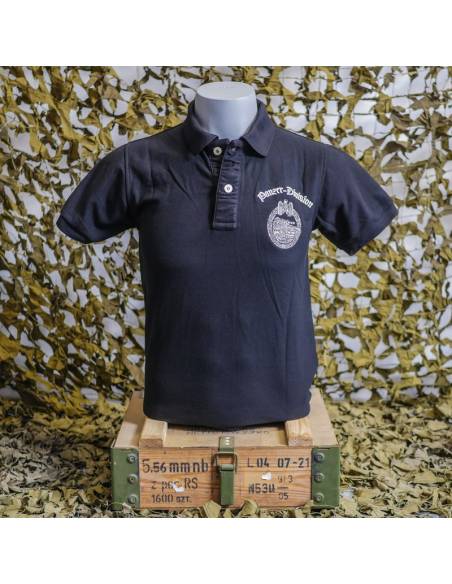 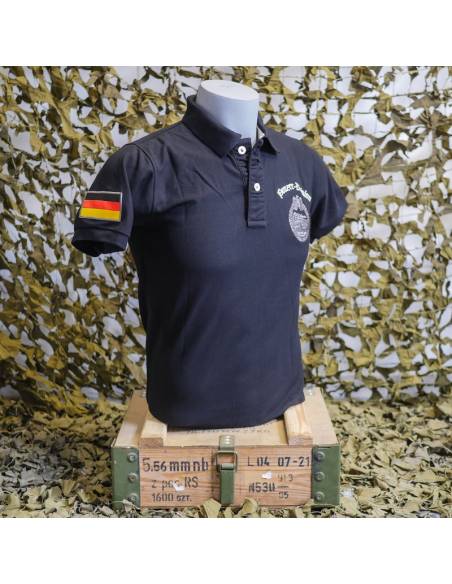 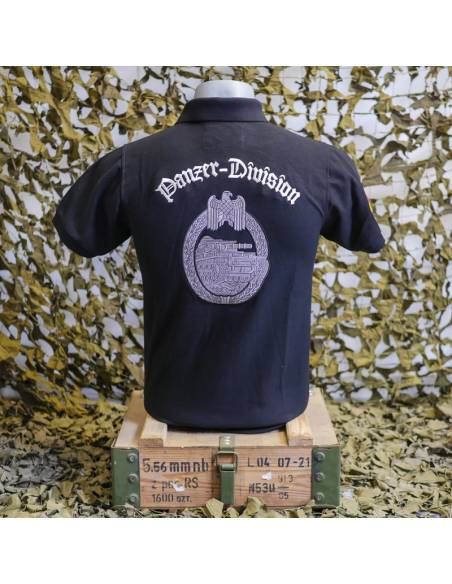 The paratrooper polo shirt is an essential of the military locker room, it's a comfortable, resistant and personalized polo shirt. With its short sleeves and comfort band at the neck, the embroidered polo will accompany professionals and enthusiasts in many circumstances. This navy blue military polo shirt is made of 70% cotton and 30% polyester. On the back and chest is the Panzer Divisions crest, which represents a tank, surrounded by a wreath of oak leaves, and topped by an eagle. A crest of the German flag is also embroidered on the right sleeve.

The Panzer Division: a bit of history

The Panzer Division, which means armoured division, is an autonomous combined arms military unit of the German army. During World War II, a panzer division consisted of a tank brigade with four battalions, a motorized infantry brigade with four rifle battalions, an artillery regiment and reconnaissance, anti-tank and engineer battalions and units. The first three panzer divisions were created in October 1935, and by the beginning of the Second World War there were six of them. The panzer divisions were the decisive strike force of the German army in the campaigns against Poland in 1939, the Netherlands, Belgium, Luxembourg and France in 1940, and the Balkans and the Soviet Union in 1941. In the campaign against France, there were 10 armored divisions, incorporating all the German tanks of that campaign, 2,574 of the 3,400 tanks owned by Germany. After the French campaign, the number of panzer divisions was doubled and in 1941, 17 of them, grouped into four armoured armies, spearheaded the German invasion of the Soviet Union. Since the Second World War, the Panzer Division has remained the main offensive element of the German army.